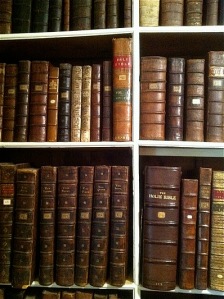 Many scholars make use of the research potential of the Cranston Library. The following publications have developed from their work:

Anne Bagnall Yardley, ‘Clares in Procession: The Processional and Book of Hours of the Franciscan Minoresses at Aldgate’, Women & Music: A Journal of Gender and Culture, vol. 13 (2009), 1-23

The Shaftesbury Project:
www.dozenten.anglistik.phil.uni-erlangen.de/shaftesbury/rr_doods.html
[The philosopher 3rd earl of Shaftesbury was a Reigate resident and gave four books to the Cranston Library. Some of his family and friends were also connected with the library.]